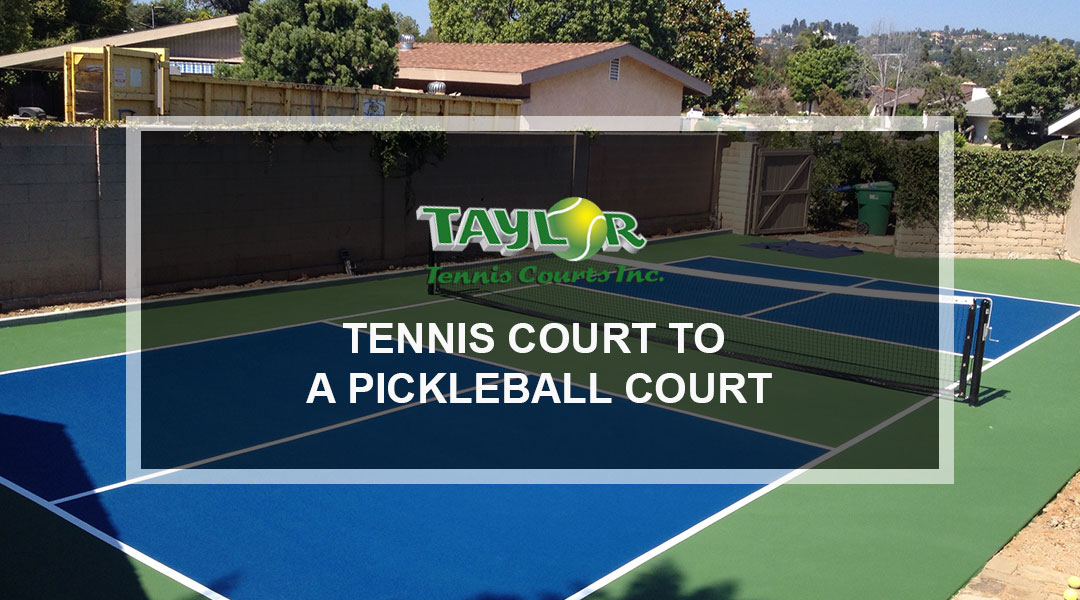 Since the pickleball sport is growing in popularity, more and more people that once played tennis are trying out pickleball and loving it. In fact, pickleball is one of the fastest growing sports. In the last year alone, pickleball surged more than 21 percent in popularity.

Pickleball may look similar to tennis at first glance. While they may look alike visually, there’s noticeable differences between the two sports. The most obvious difference is that pickleball paddles don’t contain holes like tennis rackets. Other visual differences include the net height and the size of the court. If you’re interested in converting a tennis court to a pickleball court, read on to learn more about the options.

A tennis court’s square footage is 2,106 for singles and 2,808 square feet of court for doubles tennis. If you’re choosing to convert, you’ll have a noticeable amount of extra space.

If you still have an interest in tennis, a multipurpose court conversion may be the better option. Basically, it requires adding pickleball lines to the tennis court. Depending on the condition of the court, it may be best to have the tennis court resurfaced. The downside to a multipurpose conversion is that it can cause confusion for other players. However, with the correct approach and a little time, the majority of players can eventually distinguish the different court lines.